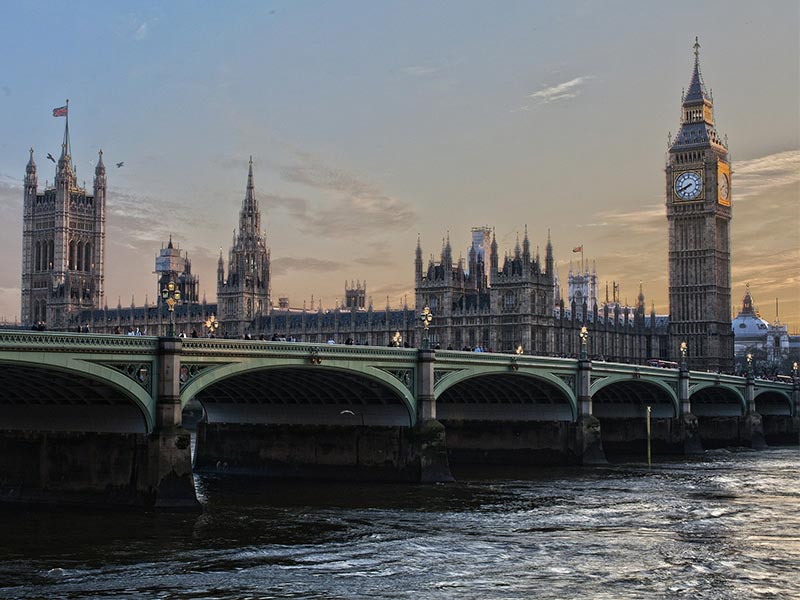 The name ”gin” is a shortened form of the older English word genever, related to the French word genièvre and the Dutch word jenever. All ultimately derive from juniperus, the Latin for juniper.

Historically, the term “Dry Gin” came about with the advent of the Coffey still in 1832, long after the Gin Craze had driven London to distraction. Named after one of its early proponents and patent-holders, Irishman Aeneas Coffey, the Coffey Still was the first commercialized continuous still. Unlike pot stills, Coffey stills can be run continuously, with pre-heated mash introduced while the fractionating column continues to operate.

Prior to this, gin had been made quite rudely and was of such a poor quality that it needed to be jazzed up with plenty of botanicals with sweetening properties (like liquorice root) and sometimes even sugar or honey added post distillation to make it more palatable. Once the Coffey still came into action and a more neutral spirit of better quality was available, unsweetened gin started gaining popularity and became known as “Dry Gin”. As most dry gin producers were based in London, the products were sometimes referred to as “London Dry Gin.”

According to these regulations, London gin is a type of distilled gin: 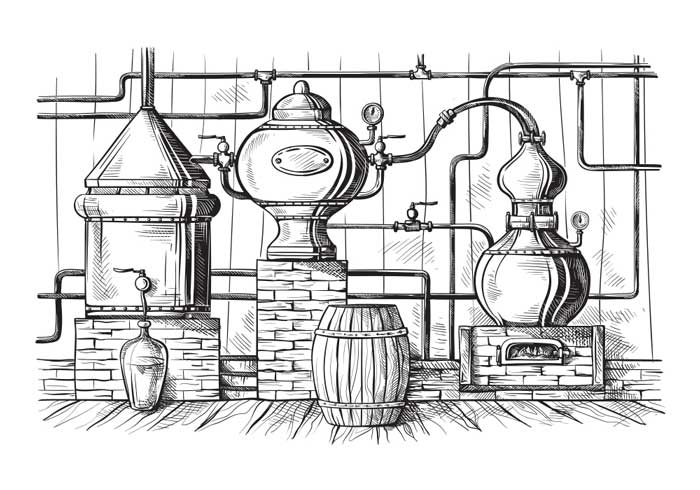 The flavor profile of London Dry Gin was more juniper-lead, with a touch of citrus and a rooty finish, and while many of today’s gin producers stay true to this, there is a noticeable shift in taste lately, and there are many distilleries using the London Dry method to create completely non-traditional tasting gins.

London Dry Gin can (and does) come from just about everywhere, and it doesn’t even have to taste like a “classic” gin. When laws were passed, the term London Dry was intended to protect production methods and is not about flavor. Perhaps because the reference to dry gins had been around for centuries, long before any form of legislation – the term is frequently used today to represent both the flavor profile and/or production, causing much confusion in the process. The reality is that you can have a huge array of modern gins that taste different and unconventional, which are still made in a traditional way as per the law governing the term.

OTHER TYPES OF GIN

The great, mysterious, malty granddaddy of gin. Genever started out life as a medicine, basically a barley malt wine that was distilled to 50% ABV, intended to cure the 16th Century Dutch of well, whatever was going around back then (one guess, a lot). The juniper connection absolutely marries genever to gin, but genever is also a little bit like Scotch. Whereas gin is generally made by infusing a neutral grain spirit with a mixture of botanicals (which must always include juniper), genever is made by distilling a grain-based mash (of malted barley, rye and corn) and then re-distilling some of that mash with juniper.

Also known as non-distilled gin, is the spirit made of the process of mixing a neutral base spirit with botanicals and allowing their infusion without heating (re-distillation).

Sloe gin is a red liqueur made with gin and sloe (blackthorn) drupes, which are a small fruit relative of the plum. Sloe gin typically has an alcohol content of 15%-30% by volume. However, the EU has established a minimum of 25% ABV for sloe gin to be named as such.

Gin today is produced in subtly different ways, from a wide range of herbal ingredients, giving rise to a number of distinct styles and brands. After juniper, gin tends to be flavored with botanical/herbal, spice, floral or fruit-flavors or often a combination.

Your Browser is out of date please use a modern browser.

Confirm that you are of legal drinking age in your country